Even tribal villages are adjusting rapidly to new ways, while valuable, sustainable old ones fade. Not three years ago, Ban Nam Lat had two elderly broom-makers; now it has only one. Nai Pan Satda, of 111 Ban Nam Lat mu 3, Thanon MaeFahLuang Soi 3, ChiangRai 57—(tel 053-150-127) makes big brooms for outside use year round, of coconut leaves (bai maprao) and bamboo. The selling price recently went up from B40 to B50. In the cool season, November to January, he makes house brooms, B20 before, B30 now. These are made with brushes from dok kong, which grows wild, and can be seen drying on streets many places in Amphoe MaeFahLuang during the cold season, especially by Akha people, who gather it for brooms, but usually only attach bamboo handles for their own use, selling the brushes wholesale.
Prettier brooms with decorative stitching are made elsewhere, for instance out Chiang Rung way. 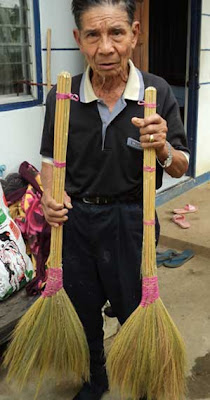 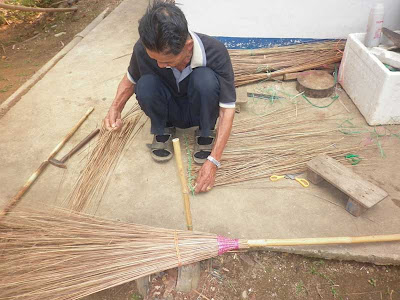 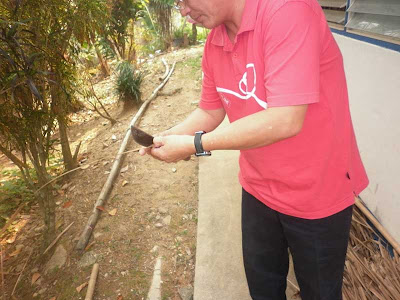 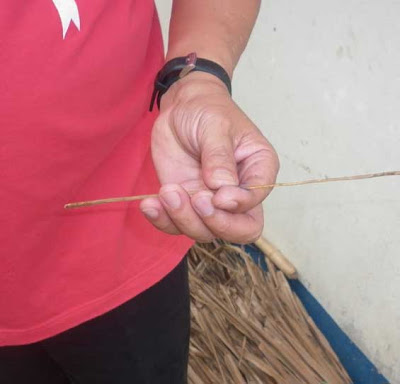 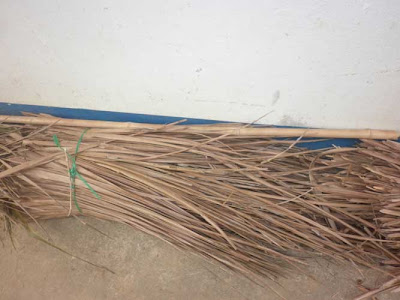 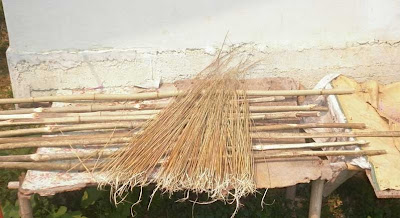 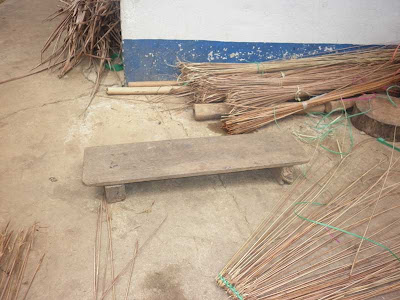 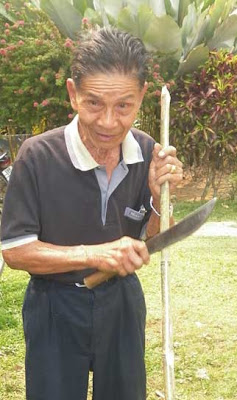 Nai Pan's son Jarusak Satda, runs Northern Most Point Audit, an accounting firm, out of their home, and raises beautiful carp, similar to if not the same as Japanese koi. 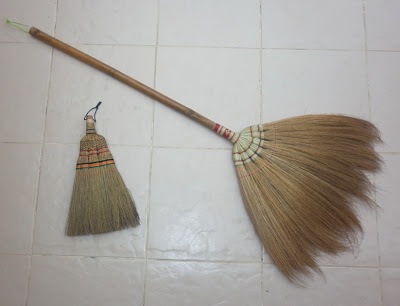 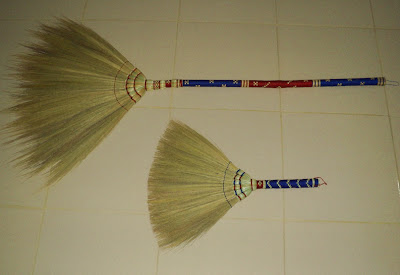 The lower pair of brooms were made near Nang Lae; B110 retail for the pair!
Posted by Mythorelics at 4:27 AM No comments: