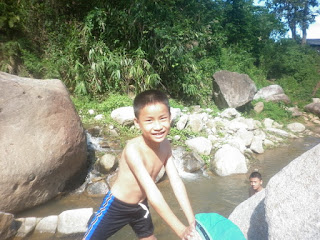 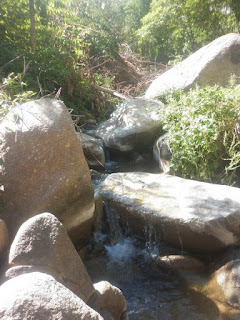 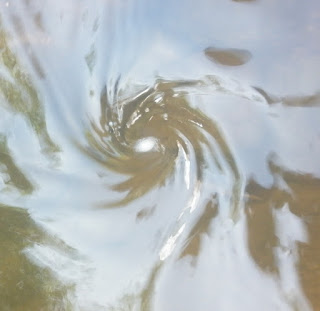 Posted by Mythorelics at 3:35 AM No comments:

At the end of this month, our borderland Chinese folk will celebrate finishing planting, and give offerings to spirits of the land and ancestors – particularly chicken. Some prefer black meat chicken, reputed to help one look good, be healthy and attractive. So today we took 18 dark chickens up to the mountains to sell.

First we had to catch them. Ours are real free-range chickens, with diet well supplemented by insects and grasses, so they really do provide very healthy meat. The price should be much higher than it is (just above the price for regular chicken), but organics aren’t a big thing here. We’ve lots of fresh food, don’t have factory farms, and most locals use much, much less in the way of packaged food than do Western city folk. Our selection of breakfast cereals and snack foods is way less than at the supermarkets most English-speakers rely on. I’ve been wanting to find applesauce recently, and have looked everywhere; none to be found. We used to have it, but it was expensive. Now we have only apples – plenty of them. Only one place in ChiangRai makes anything decent with them though (Suan Chalern just this side of MaeSuay). One might expect the Chinese who export apples to make applesauce, as it will keep longer than apples, but no… There’s rumor of some epidemic disease current among our pigs these days, and the Thai food at restaurants hardly competes in taste with that of Thai restaurants in so many other countries, but still, we get by.

To catch the chickens we use the tallest aluminum ladder I could get; I hold it while Muay climbs. She’ll have scoped out which chickens are roosting where first. Some like to go high in the trees, others like our veranda. Anyway, both of us will have a flashlight. Muay grabs a rooster or hen without chicks by the legs, and passes it down to me. I take it over to a cage (either steel wire or bamboo – we use both). Sometimes nasty ants bite us – I keep the grass mowed well enough that leeches and scorpions haven’t been a problem.

Were Muay to kill and gut a chicken the price would rise B30 (a dollar is not B34). Live chickens, however, do not require refrigeration! So we put the 18 in one of the round bamboo chicken baskets, put that in the backseat of the car, and headed up to the hills. We sold an old boss of hers three for B370, and she told me that when she worked there she got B1500 a month. Her first job paid only B200/mo. but most of that was in rice (lots of rice – 45 kilos!)… the most her father ever made was under B1000 a month. I spent more on car fuel than I got for the three, and the other twelve went to her mother, meaning I expect nothing back, but that’s OK, I got some interesting photos. I hope readers will enjoy them! And don’t forget to propitiate local spirits and your ancestors. (I wonder if those more businesslike Chinese on the eastern seaboard neglected to do that, leading to current economic turmoil!) 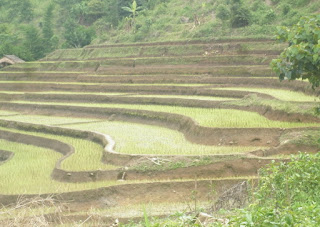 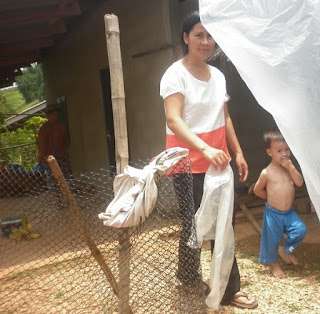 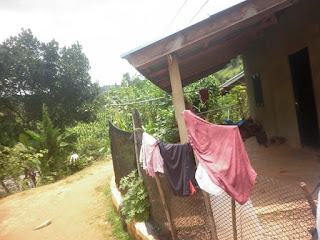 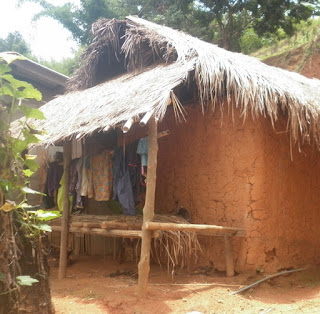 Posted by Mythorelics at 2:03 AM No comments: