A visual history of religion in a single (blurry) lesson

Something I noticed at an Akha friend's house. Sorry about the blurriness - 1st time I've done a handphone pic all by myself! But this seems to say quite a bit about how religion operates, culturally.... 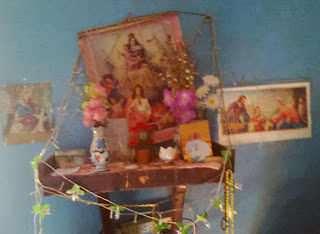 Posted by Mythorelics at 9:41 PM No comments:

These sort of trippy, psychedelic, camoflauged pla dood were in our fish pond until yesterday, when the previous owner of our land came to catch catfish. There were some really big catfish, and pla nii, as nobody had bothered them for about a year. Muay says these are large too, and that she wants to release them in the Kok River. She calls them pla kruang bin (airplane fish) and says they can stand up and walk! They must have walked to our pond. Muay says they can stay out of water for over 3 hours.
For 3 years I had a store I called Flying Fish. 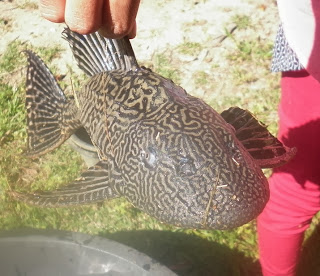 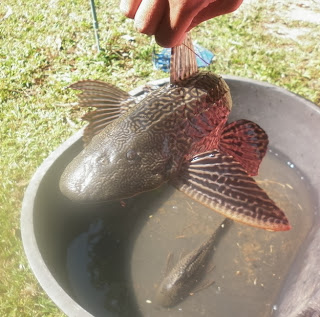 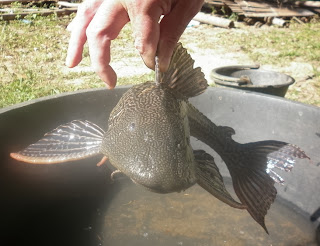 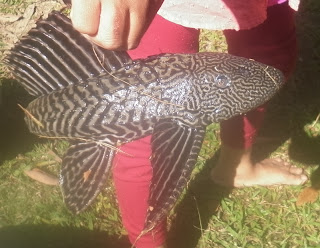 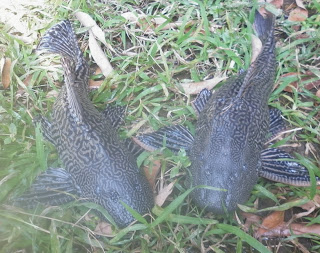 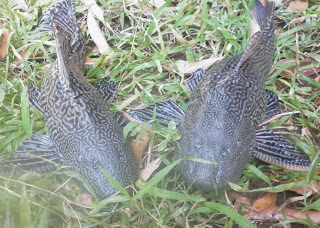 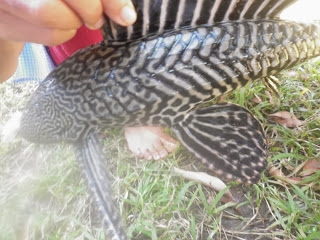 Posted by Mythorelics at 6:03 PM No comments: