Ran Poh Jai, on Soi JetYod, behind the WangKhom Hotel, specializes in the wonderful Northern Thai chicken and noodle dish Khao Soi Gai, and there's is the best anywhere! Great price and fast service too. Moo Yang (bar-b-q pork), pork rinds and a variety of other quick and tasty Northern dishes.
Nakorn Pathom, on Pahonyothin Road just south of Pratu Sir, the town's center-main 4-way intersection, and just across from the Thai Air office (near the mouth of the Night Bazaar but never operating simultaneously), has excellent Khao Man Gai (chicken and rice) and Khao Moo Daeng (red pork on rice with sauce), plus free Chinese tea and leeks. Good prices, excellent service.
Nice Kitchen, across from Wat JetYod, offers both Western and Thai dishes. Good breakfasts, great KhaoPhat fried rice, pleasant atmosphere.
La Cuisine, across form the Wiang Inn on Pahonyothin Road, is simply excellent. Short waits for good pepperoni pizza!
Posted by Mythorelics at 12:07 AM No comments:

Some frustrations, and another visit to the borderlands

The magnificent Mister Taksin Chinawat said he'd bring Thailand into the 1st World, but did nothing to imporve education.
Today we decided to fix some window screens, as the weather is warming. The screens are held in by a long rubber/plastic strip which fits into a groove in the frame. The front door screen needed fixing too, but we found the door's screen-anchoring strip glued in. No need for that at all - the company's young employees simply didn't know what they were doing, and created a lot of really hard, really difficult extra work. The strip almost broke several times, and bits of it were left glued to the frame. For no purpose whatsoever!
Which called to mind problems we had getting our water system to work: similarly, lots was put into place by kids working cheap for companies that had not really trained them. Of course, school had not taught them anything either.
Yesterday I brought Muay and Jit-jo down from mountain celebrations, but left Surachat and Eugene, who love being with their friends there.
Eugene's teacher says she used to run the school up there; well, I know that there was nothing to run as teachers didn't even show, and kids simply just played games with each other. Thus NaYo learned to draw, even Chinese characters, but didn't learn to read at all until I started her in school down here.
Surachat, in 3rd grade, can no read at all yet, despite "special" after-school classes for a couple of years...
Would that I thought this a Thai problem, but it isn't. 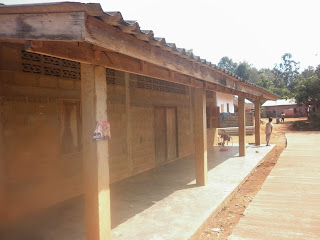 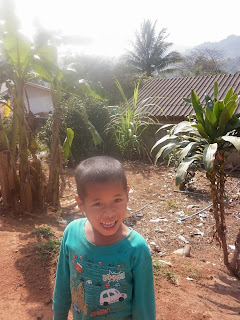 From what I saw of the border area taking my family for Lahu New Year celebrations and then going to pick them up, it seems clear to me that there's been an influx of refugees from Shan State. Many, like my wife's older half-sister, have land to farm there, and not here, and so return periodically. But they feel safer here. The drug epidemic is as active as it has EVER been - and extreme wealth disparity north of the border adds to the danger (as does a prevalence of guns and automatic rifles). Of course, there are lots and lots of kids too. Only about half of the people in MaeFaLuang district have any citizenship... a sad state of affairs. But celebrations were lively, with people in generous moods. Harmony and friendship dominate life (but even the poor lock doors now). Long-time residents have better housing than they used to, but immigrants, especially the more temporary ones, still live in small grass and bamboo huts up upon remote hill-tops. Election signs for the archaic but still-ruling populist party which helped many gain citizenship were common, ones for rival parties were not. 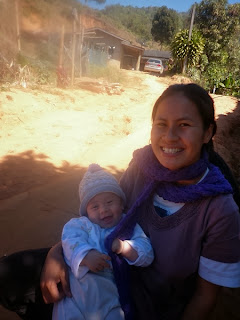 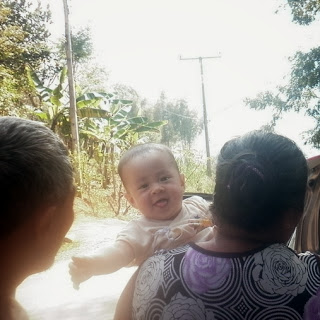 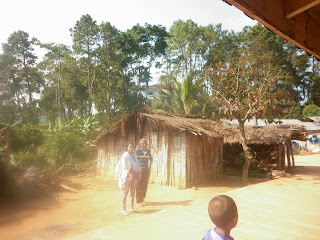 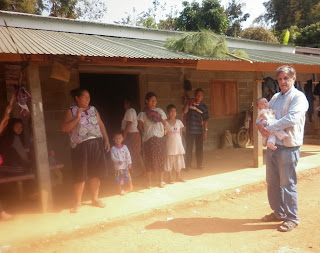 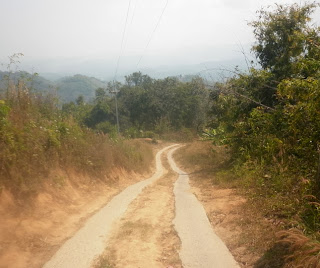 Posted by Mythorelics at 9:59 PM No comments: